The Cave of Forgotten Dreams 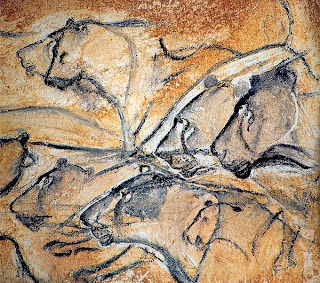 Werner Herzog is one of those film makers who I think presides over our era. We may dislike or like what he has done- but he has penetrated deeply into the mysteries of modernity. His newest film- Cave of Forgotten Dreams- is one of the most powerful explorations of what time means that I have ever seen. Time is something we all confront across our lives. Humans are creatures who forget. We forget loved ones who have died, we forget instances which happen. One of my favourite scenes in film captures the ambivalence of memory: Bernstein in Citizen Kane captures a moment he remembers, a girl in a white dress with a parasol that he keeps in his memory for fifty or sixty years. Bernstein's image is so powerful because its one he remembers: but just think of everything he has forgotten. Just pause for a moment and think of everything that you have forgotten. Your first walking and talking, your first idea, the mundanity of life as you passed through it. Like Bernstein our past lives are flickers in the movie camera of our minds. But what about all the lives before yours? Living memory extends only so far back into the past: I spoke to my grandmother who was born during the first world war, I have had no contact in my life with anyone who was older than that. Before 1914 I have only history, and yet even history gives out at some point- history which Hobbes tells us is a different kind of memory- even that gives out- its with Thucydides or Herodotus or with a Chinese scholar or with the tales of the Bible- but history gives out, somewhere in the 1st Millenium BC. And then we have?

Werner Herzog takes us into that realm. He takes us to paintings made in a cave in southern France at some time 33000 years ago. Just to put that in context- the creators of Stonehenge are closer to us in time than the painters in this cave in the Ardeche river valley, in the Chauvet Cave. The paintings are amazing. Herzog uses all the powers of his camera to show us how amazing they are. You can see the hoofs of horses as they run with the camera: hoofs drawn superimposed, like a picturebook that the early pioneers of cinema spun to make motion appear. You can see bison and men and women. These works of art are incredible in themselves. But then you realise with Herzog that we have no idea why they were created: we have no idea why these things were drawn. What made a person 27000 years ago complete a drawing that had been started 6000 years before. We do not know and what's more interesting: we cannot know. All our senses of time and history are useless before the mystery of the past. As Herzog argues in the film (supported by a number of archeologists) we are left in awe: we can only appreciate, we cannot understand.

This makes this film an incredibly moving production. It is moving because Herzog understands the fact that we cannot know the past. We can speculate as to why there is a print of a boy next to the print of a wolf in the cave- but whether one chased the other, one walked with the other or they walked thousands of years apart through the cave, we will never know. Herzog fills the film with the educated speculations of archaeologists: we see ancient flutes and spears being put to use, we start to understand what we can understand of our ancient ancestors, but we can never understand what made them tick. We can only wonder at what they produced. The feeling the film produced in me was almost religious- awe and wonder at the world of these ancient peoples and at the distance from our own world. For they lived without any sense of history themselves: a point Herzog makes: these were the people before writing was invented. We move beyond our histories into the darkness of the past and yet somewhere someone in that darkness was my thirty thousandth grandfather and grandmother. This is a humanist film in that Herzog is interested in human beings- whether its someone trying to smell a new Chauvet cave or the archaeologists speculating on life in the year 33000 BC- he cares about elucidating his subjects. The film reminds us of human uniqueness thus whilst reminding us of our distance: we know that in the past people were eccentric but we have no means of discovering this eccentricity.

This film was very personal for me. Memory is something I think of a lot and think Hobbes was right about- it is the foundation of history- but then Hobbes had another point that the other foundation of history is authority. We believe because we are told by someone we trust: historians develop reasons to trust a particular authority- its confirmed by others or by other facts we know. But always you have that nagging feeling or I do that whatever we know about the past misses more than it captures: we are like Bernstein peering back into his teenage years and seeing only a girl on a ship that he glimpsed for a second. It is when we confront the mysteries that Herzog brings us that we realise how fragile that glimpse can be. We can see in the cave a painter with a crooked finger, but we have no way of knowing what part of the crooked timber of humanity that painter represented.